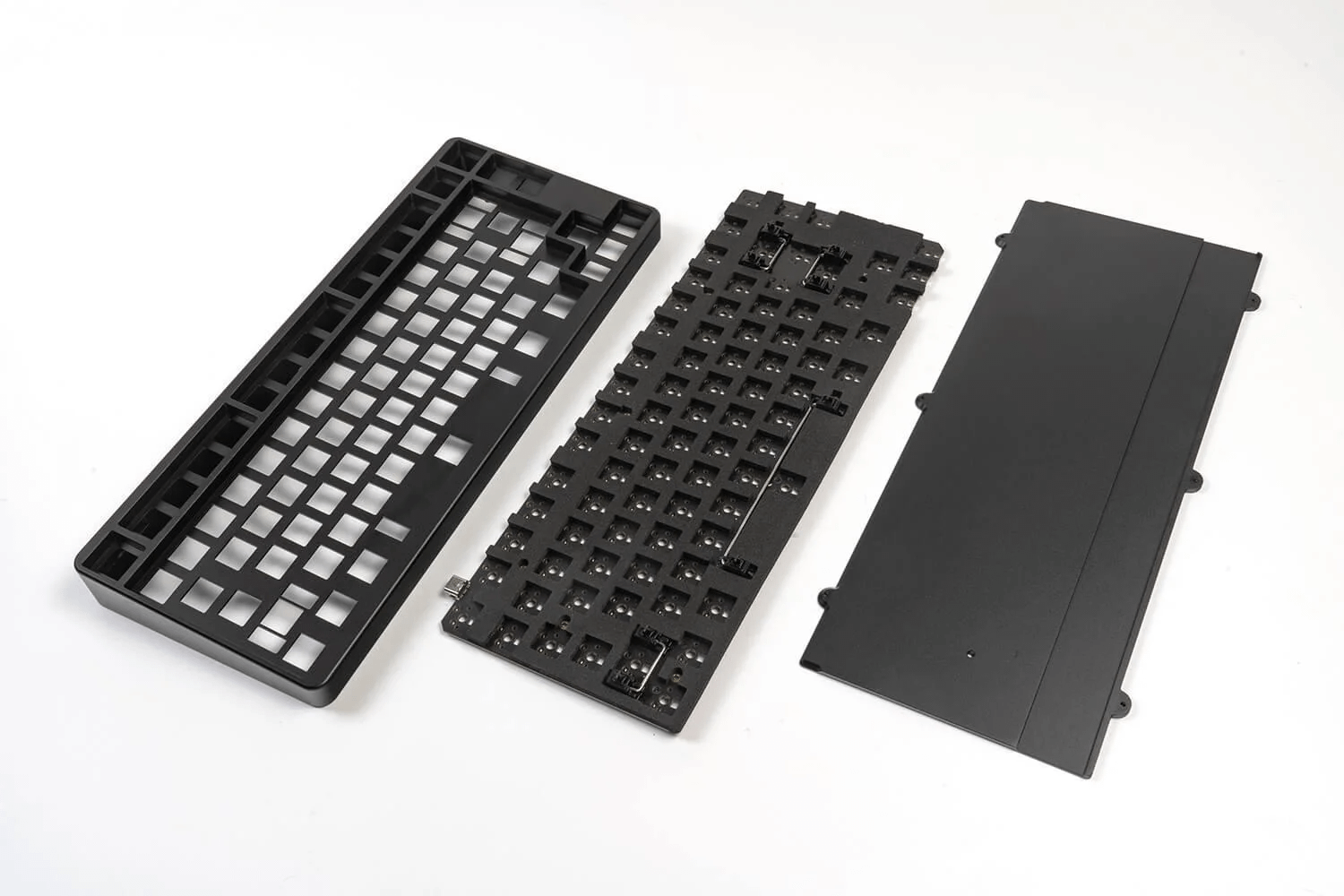 · Id80v1 is the first batch compact 75% keyboard,it shorted the distance between the keys and makes it be small but keep the function keyboard has.

· Full aluminum case makes it have the mechanical feeling and protect the keyboard,anodized aluminum material guarantee the life of it.

· 6° slope meet the ergonomic,brings the best experience to users without using the wrist and avoid the potentially dangerous dangerous to wrist.

· The criticized integrated board mount is due to the initial design, and the gasket mount didnt appear at that time(when design over and into the sample produce,gasket mount appear). The most expensive cost in the market is the integrated board mount at that time. The texture of this sandwich structure echoes the full-aluminum case. Achieving the target idea of the original design, but because it is only constrained at the top, not around like a sandwich even its hard feel and voice are not liked by everyone though it is expensive cost of produce 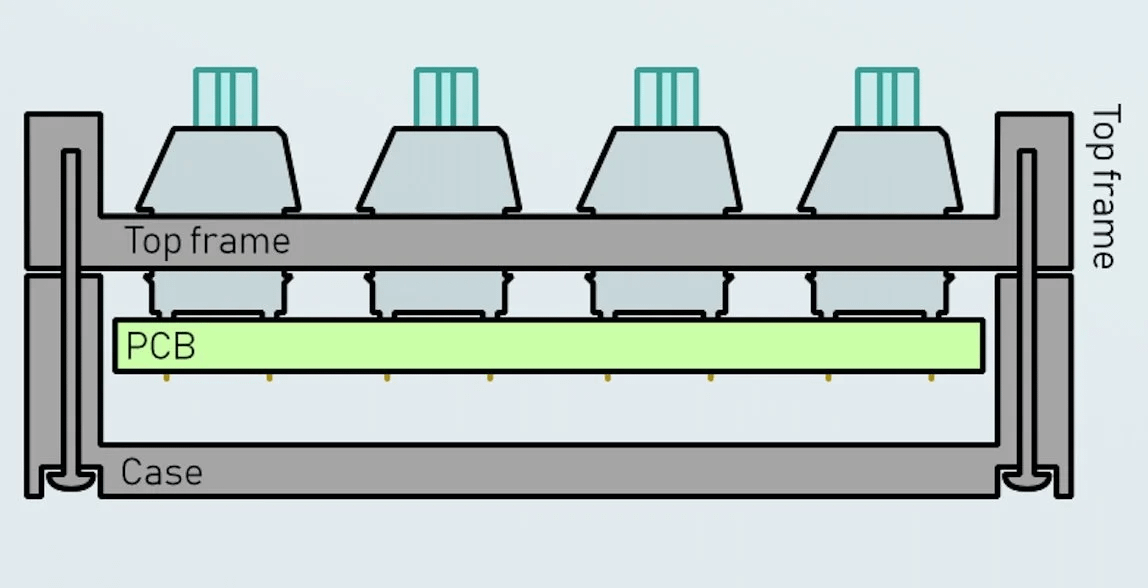 Integrated board mount (pic from ZF) 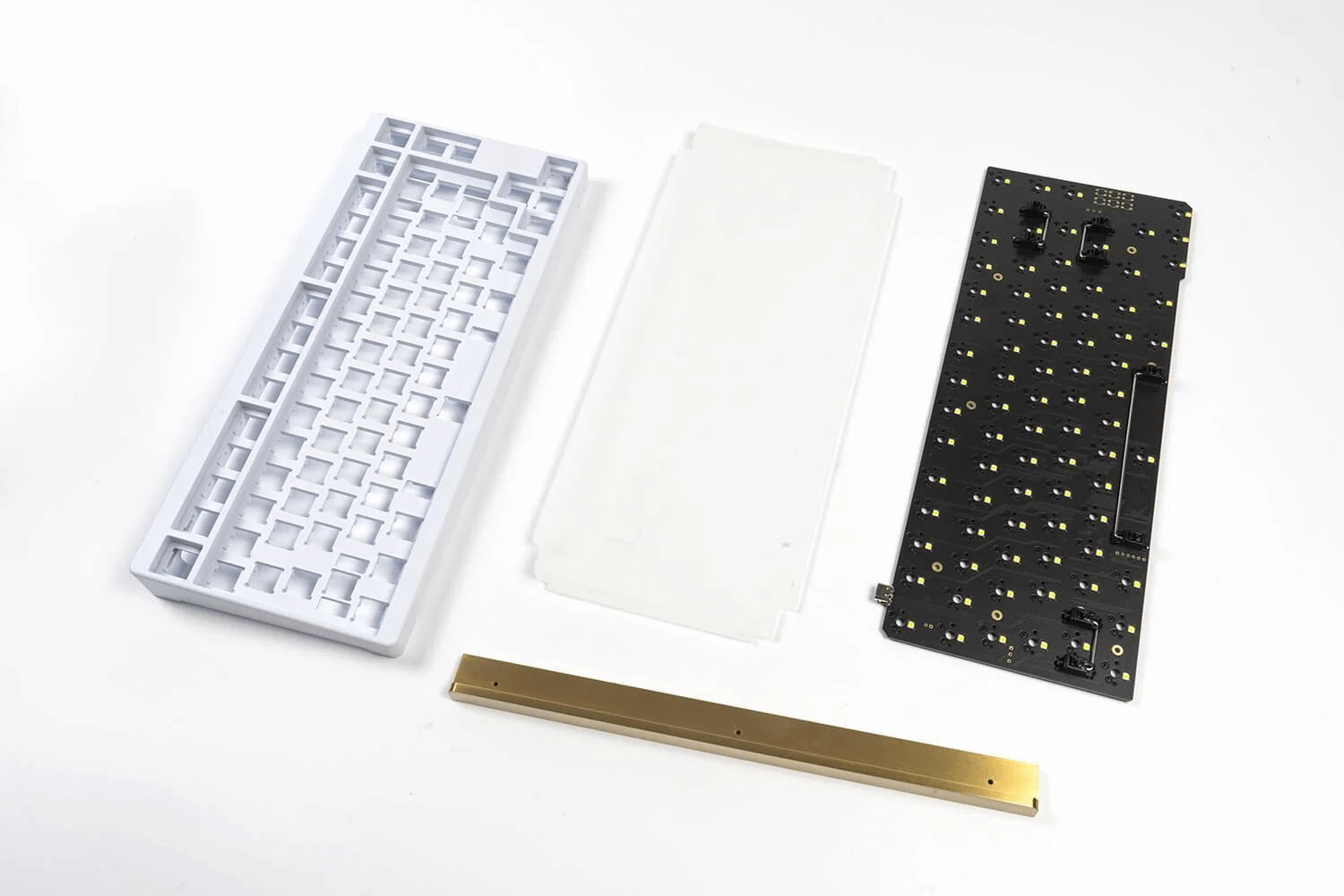 · due to the feedback of id80v1 voice in market,v2 version update the top case,increase the thickness of it to that eliminates the sound caused by the v1 top case defect

· change to the acrylic bottom and side-window design,improve the aesthetics and strengthen the use of lighting effects (also the creative design of mechanical keyboard)to show the rgb and led light,makes the keyboard more and more popular over other industry 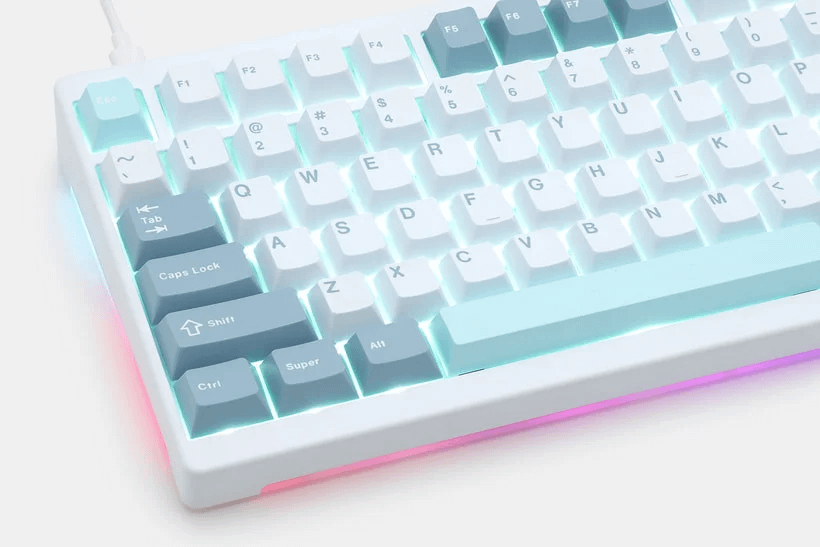 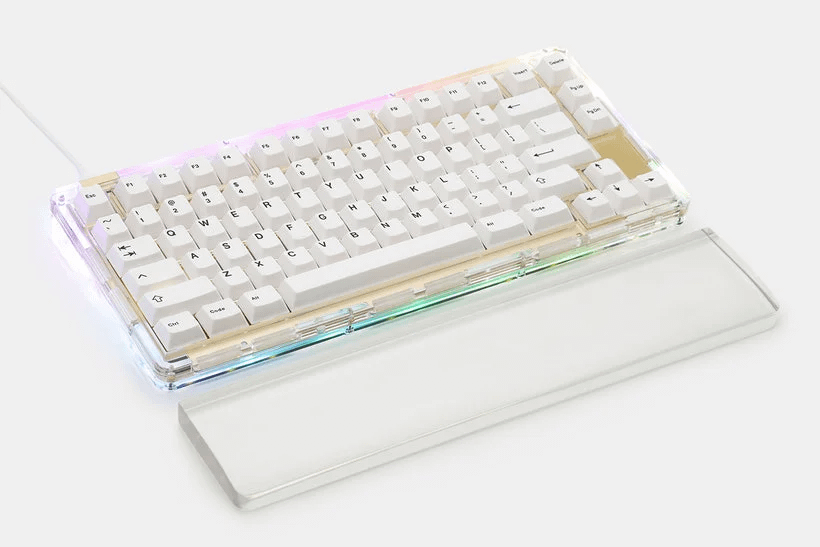 · as the gasket mount appear,we are decided to update the id80 structure but postponed to the v3 version,add the greatest structure ever that makes it be more useful.then design three style of it as the crystal(first crystal and transparent keyboard ever)/smokey/bestype(first use the electrophoresis white to keyboard),makes it a lot creative tech keyboard ever,also make some legend feeling for it 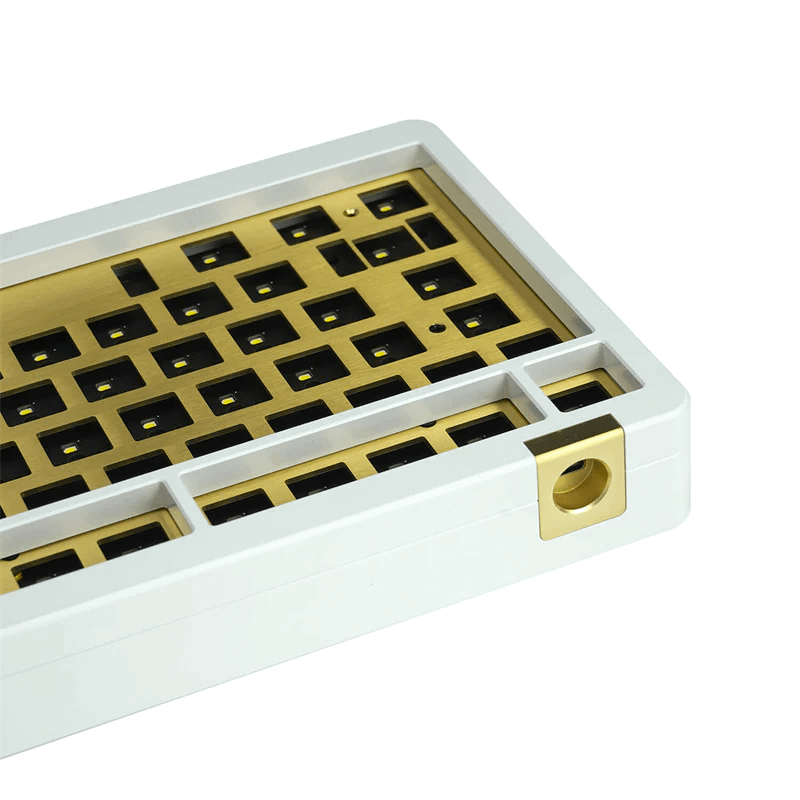 gasket board mount (pic from ZF)

· the original and the diffculty of the crystal:designer think the rgb light is so beauty and why not to show it,want to make a transparent keyboard that have both pure and good-texture feeling.but the purity of acrylic is too difficult to adjust in keyboard,they dont want to use the acrylic pbt(which used in most transparent keyboard in market now),just want to make the best pure texture,to let people can directly see the structure of the keyboard like the anatomical perspective of the sense of sight.but this makes team make more than 10 times sample to confirm and make it success at last 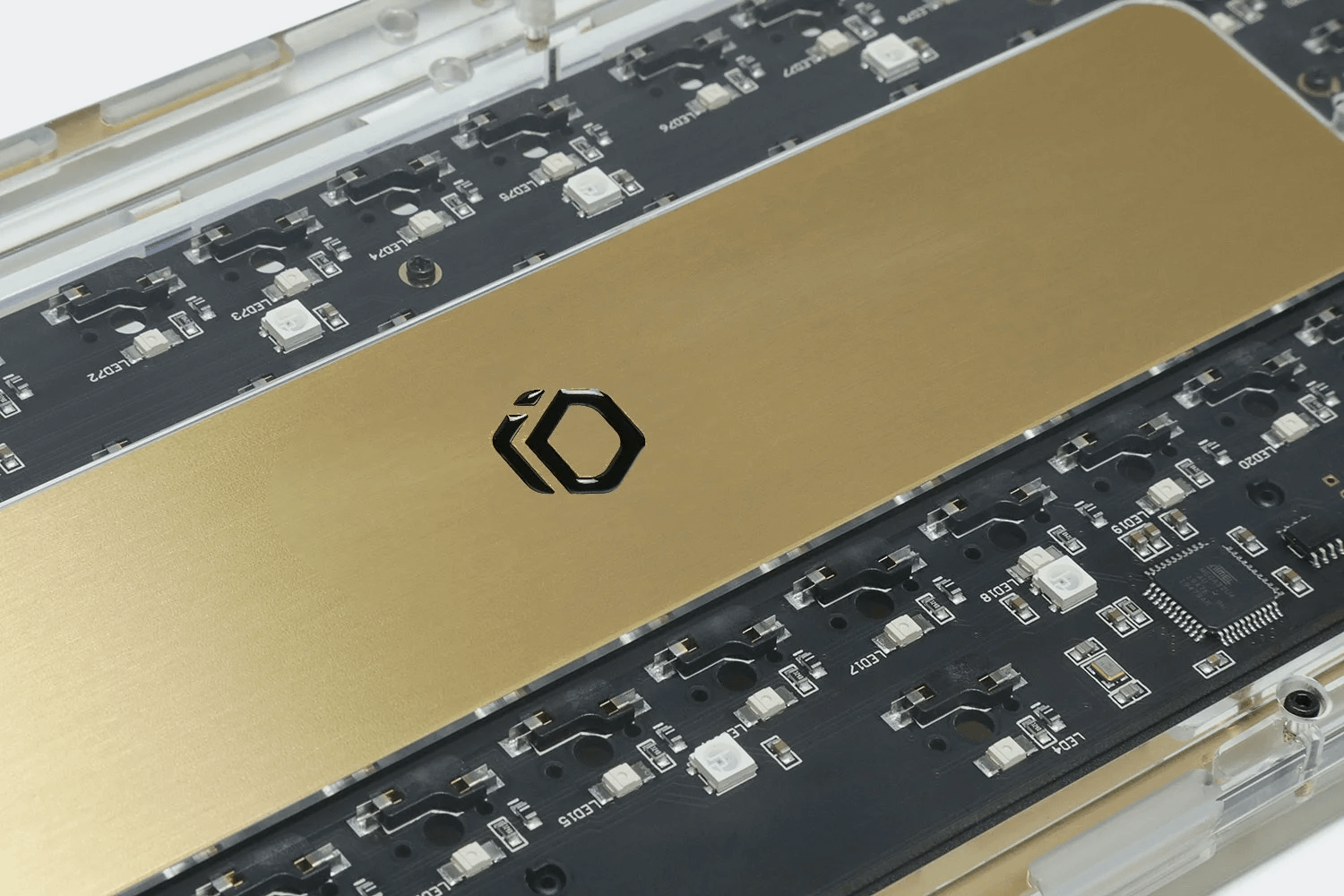 · lighting update:support pcb updated to per key rgb with rgb underglow,make more choice and creative light show idea can be put on the keyboad.with the acrylic case whatever black or white,to make the transparent be much purer like a craft 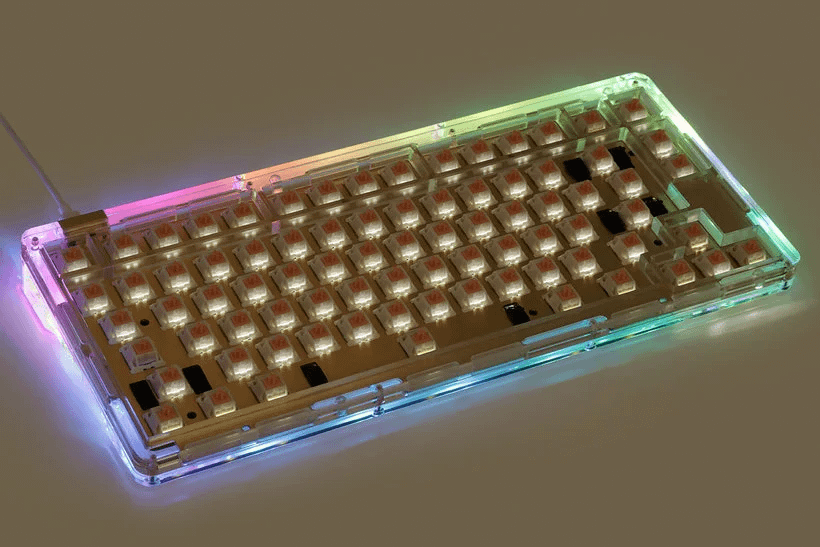 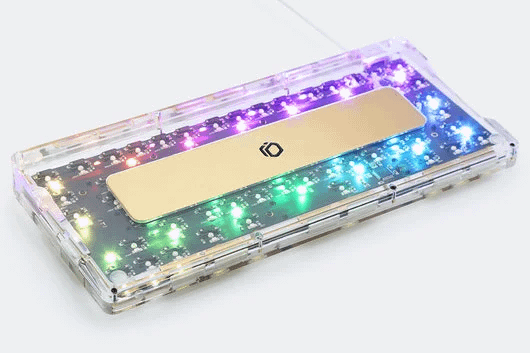 · Cushion and brass design:the silicon of many pieces makes a better cushion on the board to reduce the voice of boards’structure.the 2 brass blocks of the keyboard re-balence and beauty of the keybaord,also protect the usb-cable port of board,the logo on the long brass block also a finishing touch detail 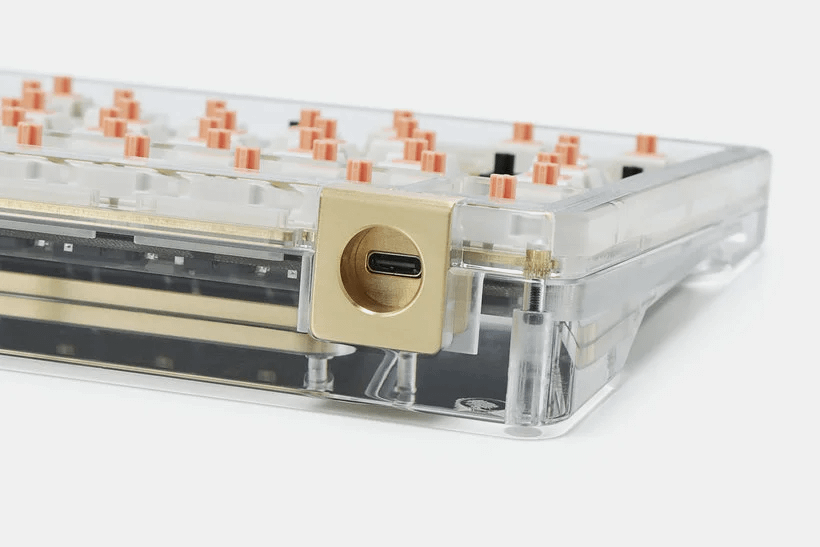